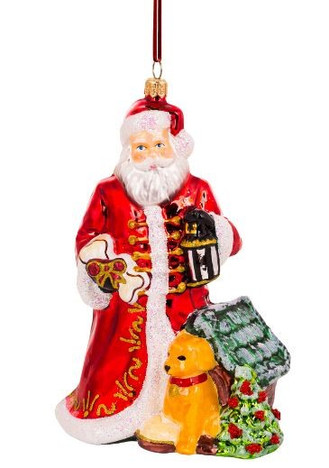 Huras Family Santa With Dog In The Kennel Ornament

Huras Family Santa With Dog In The Kennel Ornament